One of the frustrations that people face is how to reheat cinnamon rolls in the oven or pan.

The rolls are usually soft and tasty when they are fresh out of the oven. The challenge comes in after they have stayed for several hours or more. The cinnamon rolls become hard, which makes them not as delicious as they previously were.

Some people shy away from making the rolls because of this problem. Others throw away the leftover cinnamon rolls because they do not know what to do with them.

An important tip you should note is that smearing a melted pat of butter on the cinnamon buns immediately after removing them from the oven will help them retain some of their softness.

If you want to learn about the best way to reheat cinnamon rolls, please keep reading!

How To Reheat Cinnamon Rolls In Oven or Toaster Oven?

An oven or toaster oven will give you the best results when warming up your leftover cinnamon rolls.

Do not be discouraged because using the oven takes more time than other options such as a microwave because the results are worth it.

Here’s how you can go about it.

If you have a modern oven like Breville BMO870BSS, you can use the built-in reheating program.

The biggest reason why people love reheating cinnamon rolls is that it takes the shortest time. Your rolls will be ready in less than a minute.

You need to be cautious when using the microwave because the cinnamon buns could become soggy if left for a long time. Here’s how you can avoid that.

Another trick you can use is to place a cup containing water in the microwave and let it heat up. From there, put in your cinnamon buns with the cup of water still inside the microwave. The steam will warm up the rolls and make them soft but not soggy.

Reheating Cinnamon Rolls In A Pan

Most people do not think of pans or grills when they want to warm up their cinnamon buns, yet they work. Also, if you have a griddler or even a George Forman Grill, you are set.

After learning the proper way of warming up your rolls in a pan, you will be so excited to prepare as many cinnamon rolls as you want.

These are some of the methods you can use to heat up your cinnamon rolls again and regain their delicious taste. You might even confuse the reheated rolls for freshly baked ones because they will be so delicious.

And if you prefer the rolls very hot, you can always go for cinnamon rolls with chili.

How To Soften Hard Cinnamon Rolls?

Having hard cinnamon rolls can be a nightmare. You may not know what to do with them because you may not feel like putting them anywhere near your mouth.

However, there are ways to soften those stale rolls and make them edible again.

The steam will make the cinnamon buns soft. The aluminum will also help in locking in moisture. That is how you will soften your cinnamon rolls. How do you reheat Lulu, Cinnabon, and Pioneer Woman cinnamon rolls? How do you store cooked rolls?

When you store your fresh batch of cinnamon rolls, your first goal is to prevent them from drying out. Put them in a plastic bag or cover them with foil or wrap. Then you can keep them on the table for 1-2 days or in the fridge for a week.

Can you freeze cinnamon rolls?

You can freeze your cinnamon rolls to make them last longer. Just make sure they have cooled down to room temperature before putting them in the freezer.

What is the best way to warm up frozen rolls?

None of the methods is better than the other. Use any of my methods. Either let them thaw before reheating or give them extra time in the heat.

You should know how to reheat cinnamon rolls because it is easy, and you will love the results. If you dedicate some little time and effort, you will continue to enjoy your rolls the same way you did when they were freshly made.

It’s okay if you are confused by the various options.

The reheating equipment you have may determine the technique to choose. For example, if you only have an oven, you will definitely need to use that oven to warm up your rolls.

However, if you have more than one piece of equipment, you can try one method at a time and know which one works best for you. Edamame is a great snack. If you cook them right, you can also add them to fried rice or stir-fry dishes. This article will introduce you to some great ways to reheat leftover edamame. We hope you can create fantastic recipes with them. ContentsWhat’s is Edamame?Can You Reheat Edamame?How to Reheat Edamame in Air FryerHow… They might look like cookies at first glance, but these little pillow-shaped desserts are more similar to donuts. Beignets are a sort of deep-fried French fritter. The deep-fried exterior looks even more delectable with a sprinkle of white confectionary sugar. Beignets come with a heavenly combination of a crispy outer layer with a soft interior… Chili is one of the most common spices people use in their food and that is why we always want to know what dessert goes with chili. There are endless types of dishes that you can use your chili on. Examples of these include fried chicken, beef stew, baked potatoes, cooked rice, and onion rings.

You can also incorporate chili into your deserts to make them extra tasty. Many people love and enjoy desserts. It is the last thing they’ll remember about your meal so you better make the desserts memorable. Chili will help you to achieve this. Onions rings are yummy, and most of us enjoy eating them. When we have some leftovers, the problem comes in, and we don’t know what to do with them. That’s why you should learn about the best way to reheat onion rings. You might have prepared your onion rings or may have ordered from a…

One of the things that people find challenging is how to reheat mozzarella sticks. There are different opinions on how to warm up these sticks and all those views might make one confused.

What worries most individuals is that sometimes, the reheated cheese sticks come out dry and the crust does not become crispy. The trick is to know the proper way of warming them.

Freshly prepared mozzarella sticks taste amazing. The discouraging news is that it doesn’t taste the same after a while, especially if you had put them in the freezer. 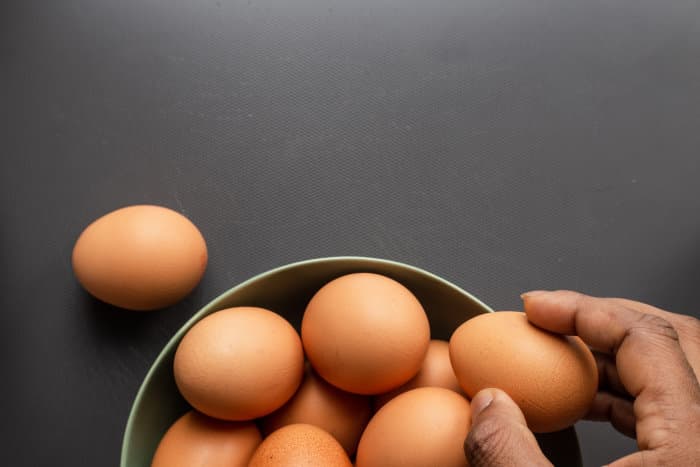 Now that we’ve found our favorite method for hard boiling eggs, we need to do at least one more thing to make them edible: we have to peel them without destroying them. After we peel them, we can eat them or slice them or use them in other recipes. Let’s look at different ways how…